I still have 2 days left in Mexico. I arrived and got this big cold that maybe stayed for more than a week. I enjoyed but this makes it a bit more hard as i can for example not dive with a cold like that. And also i had almost no voice, and for me, who loves to talk to everyone this is hard 😃. i travelled to the mountains and my plan was to dive when i came back to playa at the end before flying to Belgium, so now infact. But what happend, and i already expected to get this once on this trip, is that i have this terrible stomachproblem.

Yesterday i went getting info for the dive but i told them i was not feeling to well so that i would do it Monday, as my flight is only the next day in the evening( you can not dive 24h before a flight). Than i took this collectivobus, that is a shared minivan that stops everywhere on the way but is very cheap 😁. I went to a beach, Akumal, where you can snorkel with turtels and stingrays. 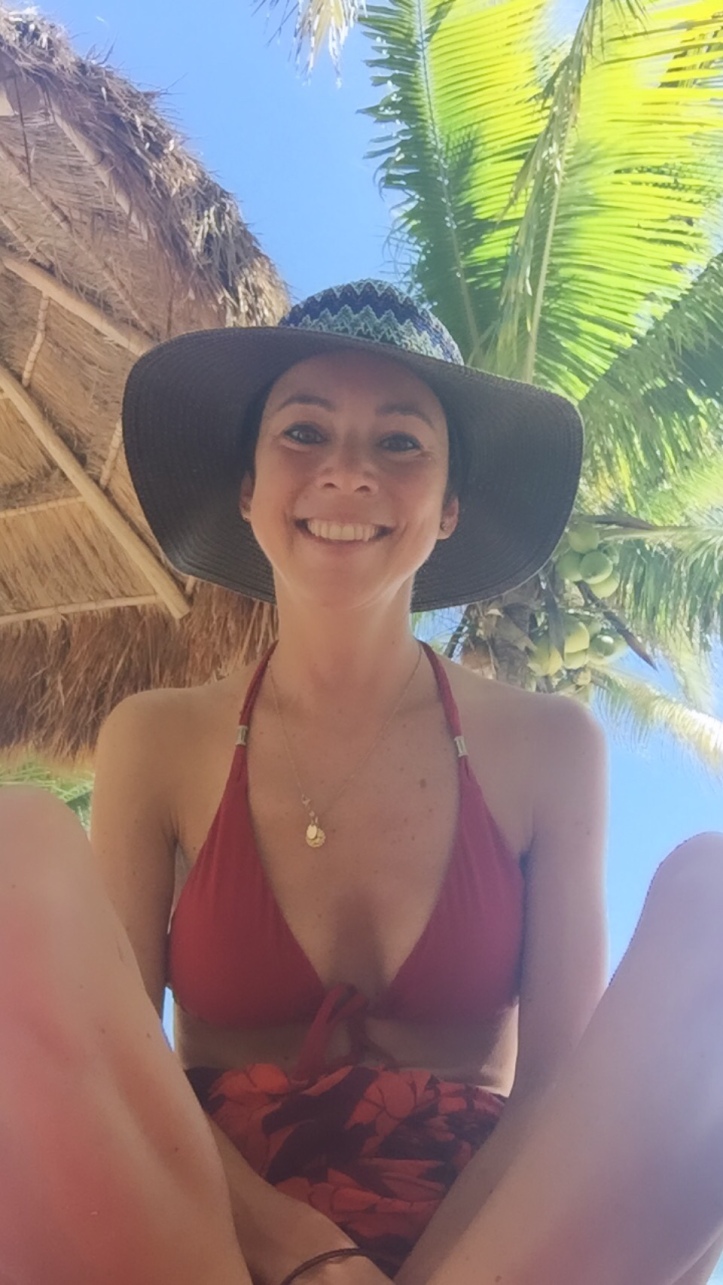 In fact i was to sick to do this. (Even i smile on my pic, i guess i always smile 😉). I was laying their, waiting untill i got enough energy to go in the water but i only felt worser so i had to go back. I was so hot and my stomach did pain, also i felt pain in my whole body and very dizzy. I was so happy i made it in my bed! 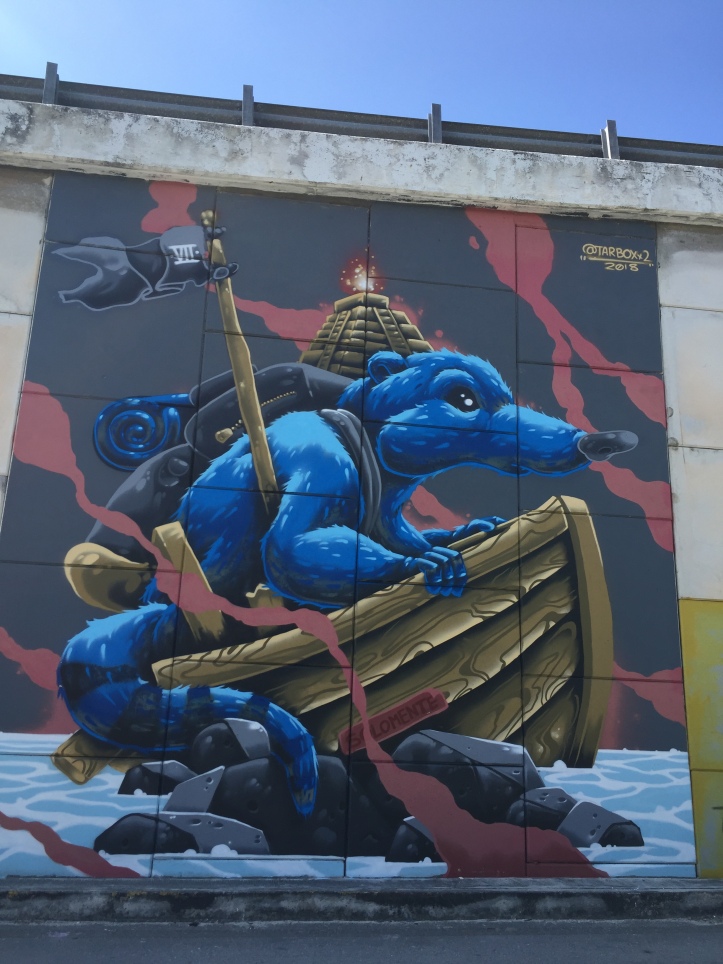 Than i had to stay very close to the toilet and i am still doing this! It is a day later now, Sunday. I want to do so much before leaving but i can’t, i hate it.

Friday, when i arrived back in playa from the mountainarrea, i needed a doctor to put my 4 weekly injection. Somebody i met in the beginning of this trip , gived me an adress of a doctor here. Normally as a foreigner it is very expensive to go to a doctor in another country. He told men the price. I explained him i just need this injection and when he saw it, the injection i had with me, he asked how old i was, i guess because he knows what this injection is (to keep me in my menopause) He was very sweet and i only had to pay 50 pesos instead of starting from 1000. He did this also very wel! It is a very big needle and i don’t have to much skin on my belly but i didn’t feel it this time 👍.

I have stomachproblems but also a very big headach. I remember now i have this every time after this injection so i think i feel sick of something wrong i eat but maybe also from this injection?

I saw in this trip how i became a bit of a different person after the cancer. I stayed in hostels. Normally i always talk so much with everyone but this time i didn’t feel like talking to everyone. I wanted to be alone a lot. Only when i felt people are realy open to hear this things i wanted to talk. I think i prefer now more talking longer to the same persons and hanging out with the same persons. 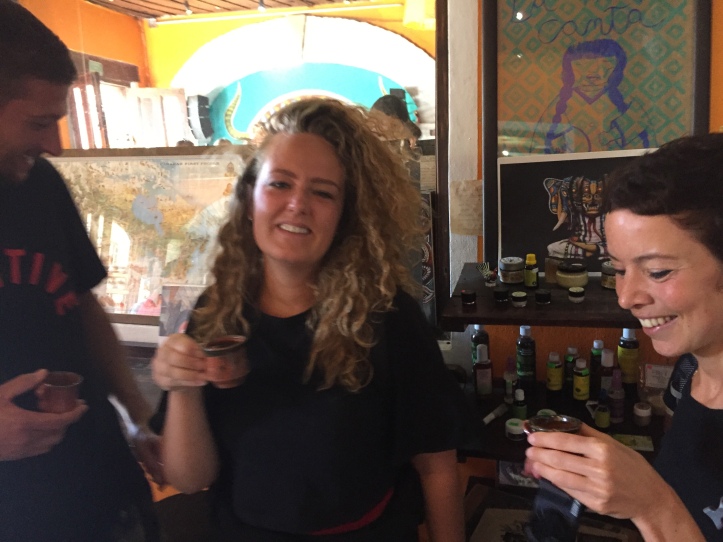 Also if we start talking and telling what we do in the life and i start telling my story i don’t want to tell all of what happend the last year over and over again because i hate thinking about this cancer and i don’t want to make feel people uncomfortable in how to react on this. But i am not a lyer so i have to talk about it because it is what it is and what happend the past year. And also i don’t mind being the new me, talking a bit less, i can always have my little chats with the people on the street, it is good for my Spanish and i think i still talk more than enough😉. I think i became a bit more on myself but still if i feel like talking it is easy to find someone when you travell. That is another nice thing about it.

I see how i still didn’t except it and still try to ignore it on the other side. But always little things reminds me on it, sometimes my arm start hurting also. I guess because they removed my lymphnodes. Or once i played with this puppy and i didn’t see how he made many scarfs in my arm while bitting. After i saw many scarfs, and i remembered my doctor told me to be careful with that arm,and always clean wounds , i got a bit worried and cleaned it well because i don’t want to have a fat arm.

but he was just to cute that i didn’t cate this sharp teeth 😍. Little things like that remind me back on the last year. Normally i don’t care about things like that, like some stupid scars.

, but i just know that of this 3 weeks i was mostly a bit sick and also i didn’t do all i wanted ass i was sometimes to tired. I still saw a lot but before i was muchhhh more energytic than this so for me it is sometimes hard to feel that. People sometimes say to me: be patient, but i just passed this whole year being patient. I just want to live my life until the fullest 😉 but i get a bit more fast tired. Also that i need to return wednesday, i don’t feel ready for that. Going back to hospital, getting rememberd i am sick. Luckely i have already another flight the next Tuesday. I hope i will not feel to bad then😬. Also i heard there is this strike on wednesday so i am not sure i will make it back home on time but i have to because Thursday i have a bussy hospitalday . They will do this scans to check. Also i have my therapy and i promised to do some interview to. I don’t look forward to be the ‘patient’ again😬at least the nurses are all lovely.

When i think on that i am happy to be sick in my bed in Mexico! I stay with this very sweet people and i have everything i need close by me, like a supermarket, i have a little kitchen, nice little neigbourhood, i already feel home again 😉. Also i met already some very nice people around here so if i need something i can always ask (of course as i know myself and prever doing all myself even when i am sick, i will never do that 😉). Also if i think back on the last weeks, i feel happy, i saw some beautiful things, nature artgalleries, beaches…, had some crazy busrides and met some very nice people again also i learned so much again about different tribes,i feel grateful for that. Of course i maybe had been doing more when i felt better much days. But anyway we always want more, and in travelling you never can see it all i guess that is my curiosity that makes me feel bad about that sometimes😉 missing out on things. 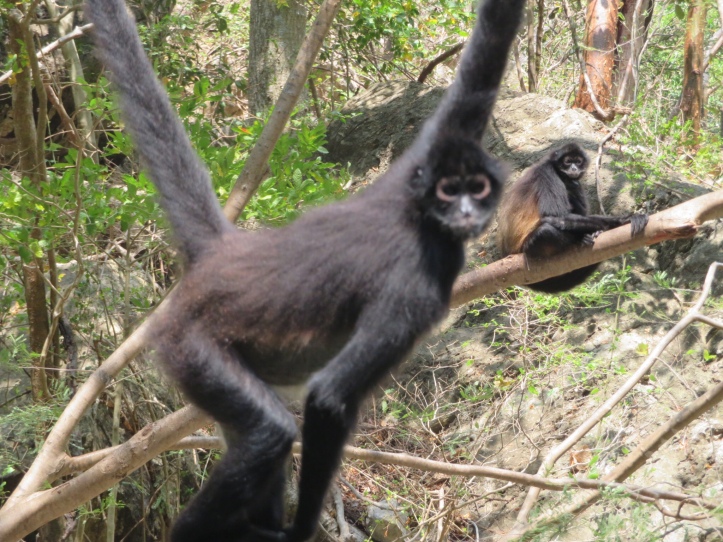 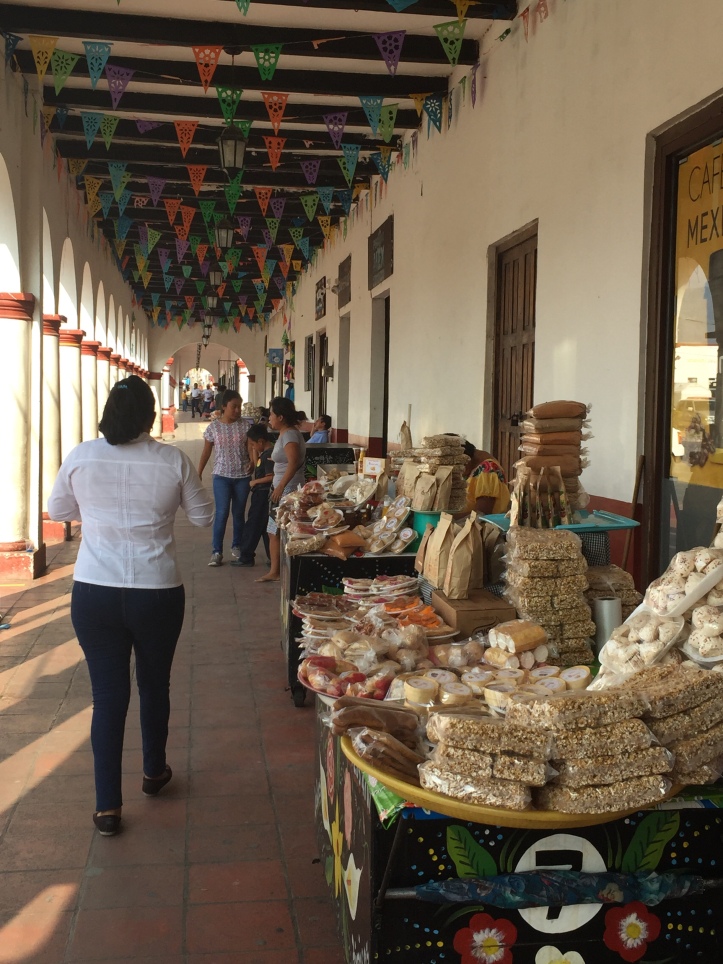 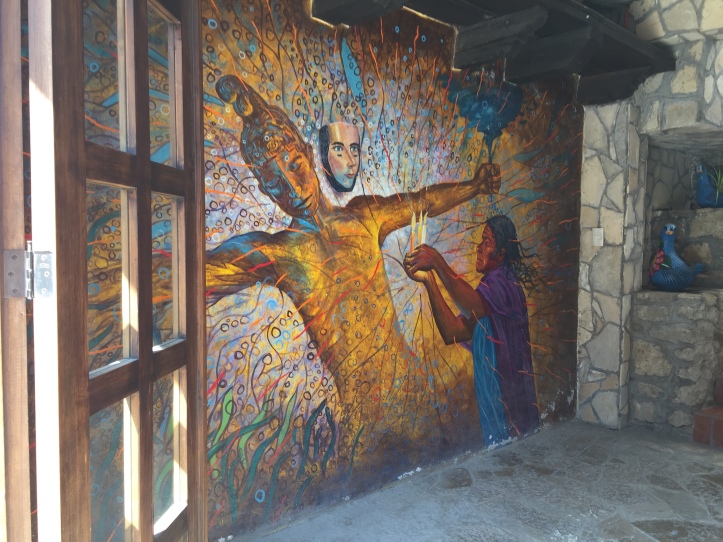 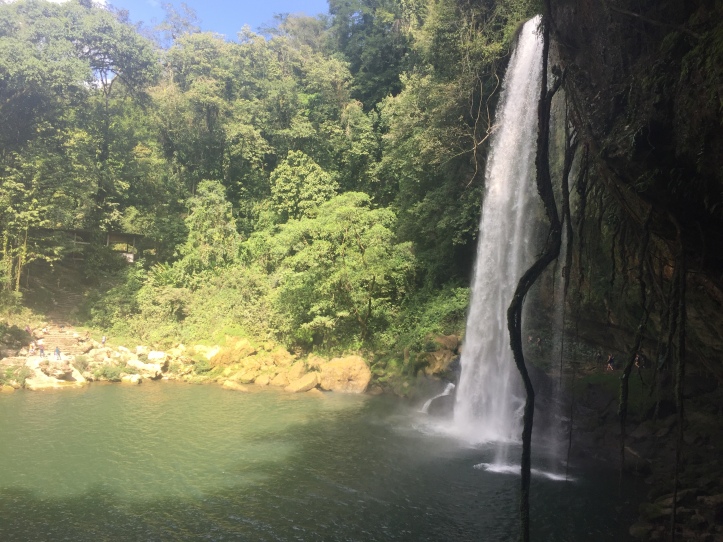 Today, Monday, i woke up with this message that my flight is cancelled to Belgium from Frankfurt. I should be able to take a train but lets see if i make it back before Thursday😬. I hope because i want to pass that hospitalday so i can leave again. also i had this very fast heartbeat that didn’t leave next to the stomachproblems this morning so i got worried a bit. Luckely this very sweet people from the house i stay, toke me to a doctor to check my pressure and everything. Because of they joined me i only had to pay the normall doctorvisit and not the tourist one what made a biggg difference. This doctor asked me if i had any surgerys before or diseasses and i didn’t know where to start again 😃. Luckely it is just a bacteriel infection , like i was thinking because of the food and he gived me real medication. I guess i had to go their already more early as this will probably solve everything more fast and i am in bed already 3 days 😃. But this will still be an adventure to go like this on the airplane because even with the medicins it doesn’t seems to be over yet 😬.