What happend after i got diagnosed with breastcancer

So end Februari they started to do many examinations. I was busy going from one doctor to another , one hospital to another, one scan to another. CT scans , MRI, mammogram, punction,… The hardest part was, the time inbetween , waiting for results not knowing what is coming. Wondering if i will die soon maybe?

In some test, they found something in my neck. Probably nothing to do with the cancer they told me. Untill i had to go back to get the news it was another tumor. The cancer went trough my blood to my neck. I had not to much time to decide witch neurochirurch would do an operation. Because the tumor was on one of the cervical vertebrae and if i didn’t do nothing soon, i could be paralyzed from my shoulders to my feed.

A week later i got the operation. They cut in my neck in front to go to the back 😬. I was good the day after, people who came visit me where very surprised! But the next few days i suffered a lot, i started fainting and had so much haedach that i did not stop trowing up. They could not give me morfine anymore because the pain came up later than 72h after the operation, than they don’t give anymore. So i had to survive with dafalgan but they did not stay inside 😬. At the end i had to stay some more days in hospital.

The day before the operation they also came to tell me that my glands under my axil also had the cancer so after chemo they will need to give me another surgery to remove this. And to make sure ,also they told me to operate my breast again after and cut some more to be sure everything is gone. Because when they temived the tumor in my breast they did not know yet it would be a tumor. So i realised this was just the start.

After 5 days i got fired from the hospital and went back home, the pain was gone and i felt not to bad. I recovered good from this operation. They did a great job!

After operation with my sweet cousin and grandfather ❤️ 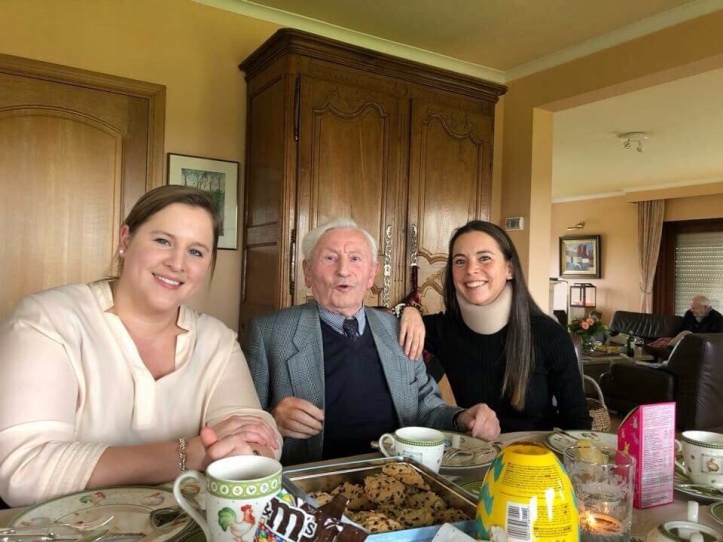 I had to recover first before getting chemo so i had this time inbetween to start a cure to freeze in my eggs, for if i ever want children, i have more chance to have.

A nurse came at home and gived me injections for 3 weeks, every morning and evening. Every 2 days i had to take an echo and take blood in hospital. This time i felt very angry. I always had to go home for the nurse so i didn’t had a big social life. Also sometimes i got very hot and the hormons made me very emotional.

At the end i fellt very lucky doing this because they took out 19 eggs to freeze ,in a one day operation.

After this i had a few days before chemo so i decided to escape to the sun in Spain, Malaga. I use a lot of couchsurfing when i travelle and i got the chance to meet this lovely people who gived me a great time. 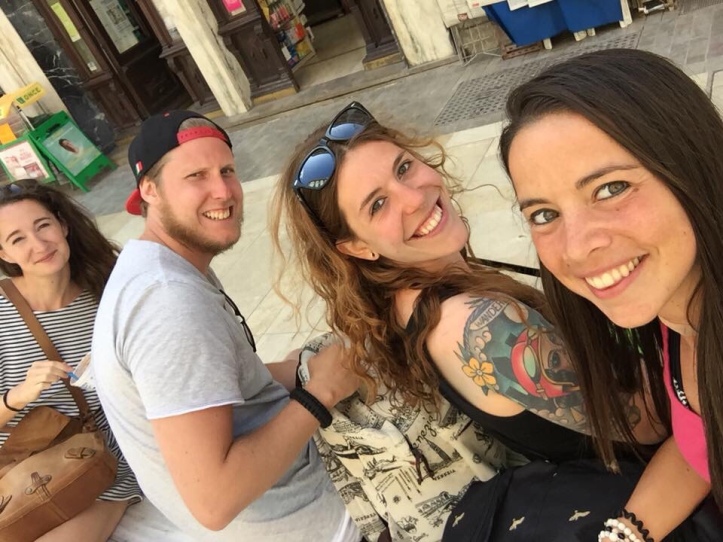 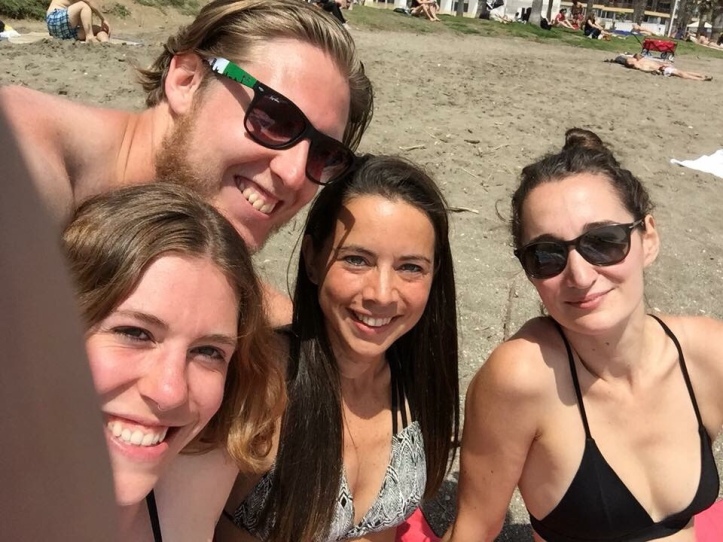